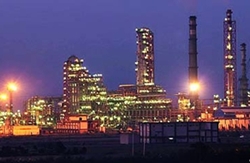 The 50:50 joint venture between the Indian consortium and Saudi Aramco and an additional strategic partner, will invest an estimated Rs3,00,000 crore ($44 billion) to build the 1.2 million bpd Ratnagiri Refinery and Petrochemicals Ltd (RRPCL), in Maharashtra.
Union minister of petroleum and natural gas and skill development and entrepreneurship, Dharmendra Pradhan said the project, with an estimated investment of over Rs3,00,000 crore, will bring huge benefits to the region, the state and the entire country in terms of large-scale employment generation, direct and indirect, as well as all-round economic development of the region.
With Saudi Aramco as the strategic partner in the project, the partnership will bring together crude supply, resources, technologies, experience and expertise of these multiple oil companies with an established commercial presence around the world.
A pre-feasibility study for the refinery has been completed, and the parties are now finalising the project’s overall configuration. With the signing of the MoU, the parties will now enter discussions on the formation of a joint venture that would provide for joint ownership, control and management of the project.
The refinery will be capable of processing 1.2 million barrels of crude oil per day (60 million metric tonnes per annum). It will produce a range of refined petroleum products, including petrol and diesel meeting BS-VI fuel efficiency norms.
The refinery will also provide feedstock for the integrated petrochemicals complex, which will be capable of producing approx. 18 million tonnes per annum of petrochemical products.
In addition to the refinery, cracker and downstream petrochemicals facilities, the project will also include the development of associated facilities such as a logistics, crude oil and product storage terminals, raw water supply project as well as centralised and shared utilities.
When completed, RRPCL will rank among the world’s largest refining and petrochemical projects and will be designed to meet India’s fast-growing fuels and petrochemicals demand.
Saudi Aramco president and CEO, Amin H Nasser, said the signing of MoU marks a significant development in India’s oil and gas sector, adding that participation in the mega project will give Saudi Aramco a bigger role in India’s energy supply beyond its current role as crude oil supplier.
He also noted the opening of Aramco Asia’s New Delhi Office in 2017 with a mandate to expand the Saudi Aramco’s international portfolio in this key economic growth region.
MORE REPORTS