Norway's $1 trillion sovereign wealth fund is considering divesting its holdings in international petroleum companies, a sign that the future of oil does not inspire confidence even in Norway, Europe's largest oil producer. 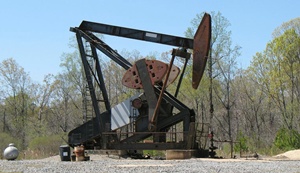 The recommendation on Thursday by the Norwegian Central Bank, which manages the fund, has struck the biggest blow so far for a global fossil-fuel divestment campaign, promoted on college campuses and by environmental activists.

According to commentators, it could also be a setback for the proposed IPO of the Saudi national oil company,Aramco, since the Norwegian sovereign wealth fund, the world's largest, would be a potentially large investor.

The public offering depends on high oil prices, even as the Norwegian bank's move points to uncertainty about future demand for oil.

''It's very significant symbolically because it sends a signal that even the people who make money from oil and gas are coming up with divestment plans,'' The New York Times quoted Michael Webber, deputy director of the Energy Institute at the University of Texas at Austin. ''The Norwegian view is that oil has had a good run and will have a good run for a couple of decades but it's not the only future that is out there.''

The recommendation by Norway's central bank pulled down shares in European oil companies, with Europe's index of oil and gas shares hitting its lowest level since mid-October on the news and was trading down 0.39 per cent by late afternoon.

''The return on oil and gas stocks has been significantly lower than in the broad equity market in periods of falling oil prices,'' the bank explained in a statement.

''Therefore, it is the bank's assessment that the government's wealth can be made less vulnerable to a permanent drop in oil prices if the GPFG [sovereign wealth fund] is not invested in oil and gas stocks.''