The government is considering home delivery of petroleum products to consumers if they make a pre-booking, the oil ministry tweeted on Friday. 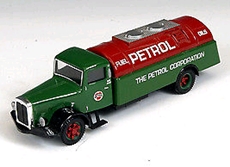 The move would not only create convenience for the customers, but also boost the campaign of 'cashless transactions' being spearheaded by the Narendra Modi government.

Ministry of petroleum and natural gas is looking at a rapid expansion of digital payment infrastructure at fuel stations, besides massive awareness campaign and incentivising consumers, petroleum minister Dharmendra Pradhan told a meeting of the consultative committee attached to his ministry.

"Options being explored where petro products may be door delivered to consumers on pre booking. This would help consumers avoid spending excessive time and long queues at fuel stations," the petroleum ministry tweeted.

Additionally, come 1 May, consumers will have to pay new price for petrol and diesel every day in sync with international rates, much like what happens in most advanced markets.

To begin with, daily revision of fuel prices will be implemented in Puducherry and Vizag in southern India, Udaipur in the West, Jamshedpur in the East and Chandigarh in the North.

State fuel retailers currently revise rates on the 1st and 16th of every month based on average international price of the fuel in the preceding fortnight and currency exchange rate.

On an average, about 350 million people visit fuel stations every day to refill the tanks of their vehicles. In villages, tier-II and tier-III cities, the rush escalates due to the acute shortage of petrol pumps.

He said that there are about 38,128 retail outlets with point of sale (POS) machines and more than 86 per cent of retail outlets have digital infrastructure.

The ministry has organised over 35,000 consumer awareness campaigns in the country, in all major regional languages. Pradhan said that in order to promote digital transactions by consumers OMCs are giving 0.75 per cent discount to the customers on purchase of fuel through cashless mode. Over 72,000 e-wallets have also been activated.

Pradhan said that the daily cashless transactions have increased from Rs150 crore to Rs400 crore.

The minister reiterated that the ministry does not approve or endorse the move by a section of petrol pump dealers to close down fuel stations on Sundays. He said fuel conservation as a major campaign is being carried out by PCRA and OMCs under the guidance of the ministry.