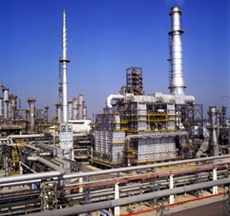 The 60-million tonne per annum refinery and a mega petrochemical complex, to be set up on the west coast, in Maharashtra, would cost about Rs2,00,000 crore ($30 billion).

"The 60 million tonnes a year refinery and a mega petrochemical complex will be set up in two phases. Phase one will be 40 million tonnes together with an aromatic complex, naphtha cracker and polymer complex," PTI quoted Sanjeev Singh, director of refineries at IOC, as saying.

The first phase of the project involving a capacity of 40 million tonnes per annum would require initial investment of Rs1,20,000-1,50,000 crore and would take about 5-6 years for completion.

The second phase to create additional 20 million tone capacity would require an initial investment of about Rs50,000-60,000 crore.

Reports quoting IOC officials said, the project would require about 12,000-15,000 acres of land. The investors have identified about three sites on the Maharashtra cost for the purpose.

BPCL and HPCL are on the lookout for a bigger refinery as they face constraints at their Mumbai units. IOC, on the other hand, wants to set up a refinery on the west coast of India to cater to consumers in the south and west as most of its refineries are situated in the northern region.

The proposed refinery will produce petrol, diesel, ATF and feedstock for petrochemical plants in plastic, chemical and textile industries in Maharashtra.

Singh said the refinery being located on the west coast has greater significance as it would be easier to import crude oil from the Middle East, Africa and then ship it to other parts of the country.

IOC recently started its 15 million tonne unit at Paradip in Odisha, which is currently the single biggest refinery in the public sector.

Reliance Industries owns the biggest refinery in India. It built a 27 million tonne refinery at Jamnagar in Gujarat, which was subsequently expanded to 33 million tonnes.

It has built another unit adjacent to it for exports, with a capacity of 29 million tonnes.

The refinery being planned by the state-owned firms will be bigger than the combined refineries of Reliance Industries.

Being on the west coast, nearer to African and West Asian sources of crude, the refinery will enjoy logistic and scale advantages. Also, moving products to consumption heartland from west will also be easier.

According to International Energy Agency (EA), this demand is expected to reach 458 MT by 2040.