Halliburton to cut another 5,000 jobs to tide over

The US oil industry shrank further this week after Halliburton Company announced it was cutting another 5,000 workers, or 8 per cent of its remaining global workforce, to tide over the worsening crude market downturn. 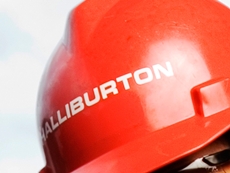 The world's second-largest oilfield services provider last month announced 4,000 jobs cuts in the final three months of 2015 and indicated there may be more cuts this month.

With the latest layoffs, the Houston-based provider of drilling and hydraulic fracturing services would have cut 29,000 workers, or over quarter of its headcount since staffing peaked in late 2014. The additional cuts were confirmed by Emily Mir, a spokeswoman, confirmed the additional cuts yesterday in an e-mailed statement.

The oilfield service providers were the first to get hit when crude prices started falling in mid- 2014. The sector continued to be the most severaly impacted after customers cut over  $100 billion in spending last year, with promises of more cuts to come.

"We regret having to make this decision but unfortunately we are faced with the difficult reality that reductions are necessary to work through this challenging market environment," Mir said.

When the lay-offs are effected, Halliburton would have cut its workforce by between 26,000 and 27,000 employees since the peak in 2014, she said.

Halliburton did not offer details of where the  layoffs would hit, citing competitive information. The company's operates in the US, Africa and the Middle East and Asia.

Last month, CEO David Lesar said that when the company started to look where to cut costs, "it started with where we work." Halliburton consolidated facilities in over 20 countries and shut operations in two, he added.