India to push 69 small oil, gas fields at US meet 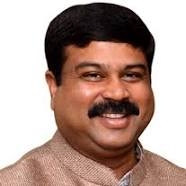 Petroleum Minister Dharmendra Pradhan and senior officials from the energy sector will showcase India's small and marginal oil and gas field discoveries at a global energy conference in the US beginning on Monday in order to seek investors for their proposed auction.

Pradhan and senior officials and executives will travel to the IHS CERAWeek Conference in Houston being held from 22-26 February, which is expected to be attended by oil ministers and oil company chief executives from several countries.

According to an IHS release, Saudi Arabian Petroleum and Mineral Resources Minister Ali bin Ibrahim Al-Naimi will deliver a special address during the 35th IHS CERAWeek.

The Indian government announced last September that it will auction 69 small and marginal oil and gas fields on a new revenue sharing model, where bidders will quote the revenue they will share with the government at both low and high ends of the price and production band.

The new revenue sharing model will replace the controversial production sharing contracts (PSCs) - by which oil and gas blocks are awarded to those firms which show they will do maximum work on a block - that has governed the bidding under the earlier nine New Exploration Licensing Policy (NELP) rounds.

The change in model is designed to help keep the government share in cases of windfall from both a steep rise in prices as well as quantum jump in production.

The PSC regime, which allows operators to recover all investments made from sale of oil and gas before profits are shared with the government, was criticised by the Comptroller and Auditor General of India, who said it encouraged companies to keep inflating costs - "gold plating" - so as to postpone giving higher share of profits to the government.

Of the 69 fields of state-run explorers of Oil and Natural Gas Corporation (ONGC) and Oil India Ltd (OIL) which are to be auctioned, 27 are in Mumbai offshore while another 15 are in the Krishna-Godavari (KG) basin. On offer are also 10 discoveries in the Assam Shelf.

ONGC and Oil India surrendered 63 and six oil and gas fields respectively, which they found uneconomical to develop in view of small reserve size and high economic cost.

Among the gas discoveries, the largest is ONGC's B-9 find in the offshore Kutch basin that has in-place reserves of 14.67 billion cubic metres.

Pradhan has said that companies offering the maximum revenue share or percentage of oil and gas to the government, and committing to do more work, will win.

He has said that with this move, producers will be spared day-to-day government interference and the government would unlock 89 million tonnes of untapped hydrocarbon reserves worth Rs70,000 crore.