No LPG subsidy for those with income over Rs10 lakh

The centre has decided to limit the benefit of LPG subsidy to consumers whose annual income is less than Rs10 lakh. From now on a household will not be eligible for subsidised supply of LPG (cooking gas) if the consumer or his/her spouse had taxable income of more than Rs10 lakh in previous financial year. 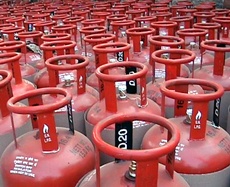 This would be applicable from January 2016 and would be initially implemented on a self-declaration basis, according to a statement issued by the ministry of petroleum and natural gas.

The subsidy for 12 cylinders in a year is paid directly into the bank accounts of consumers after they buy LPG at market rate. The subsidy payout on LPG in 2014-15 was Rs40,551 crore, which this fiscal is less than half as oil prices have slumped to six year low. During April-September, the subsidy outgo was Rs8,814 crore.

The government had also given a call to the well-to-do households for voluntarily giving up LPG subsidy. So far, 5.75 million LPG consumers have opted out of LPG subsidy voluntarily heeding the `Giveitup' call given by the prime minister. The subsidy saved from the campaign is being utilised for providing new connections to the BPL families under the 'Giveback' campaign.

While many consumers have given up subsidy voluntarily, it is felt that consumers in the higher income bracket should get LPG cylinders at the market price. Therefore, the government has decided that the benefit of the LPG subsidy will not be available for LPG consumers if the consumer or his/her spouse had taxable income of more than Rs10,00,000 during the previous financial year computed as per the Income Tax Act, 1961.