The US Congress on Friday voted on a bipartisan bill to repeal a 40-year-old law that banned export of crude oil from the United States in an energy policy shift sought by Republicans and provides for tax incentives for wind and solar power. 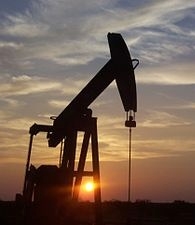 The Senate approved the bill 65-33 and President Barack Obama quickly signed into law.

The House of Representatives had approved the legislation containing the energy provisions earlier in the day by a 316-113 vote.

The deal on the energy bill was hammered out in secret talks among congressional leaders, including Senators Lisa Murkowski, an Alaska Republican, and Democrats Heidi Heitkamp of North Dakota and Martin Heinrich of New Mexico for more than a year.

"This is the biggest deal for addressing climate change that we are going to see," Heinrich was quoted as saying in an interview.

The Congress had imposed the ban on export of US crude in the '70s after an oil price boom sent gasoline prices soaring and led to runaway inflation, fearing that continued exports would make US dependent on imported oil once its reserves get depleted.

US fuel prices had shot up after the Arab oil embargo of the early '70s that sent gasoline prices soaring and contributed to runaway inflation. Arab members of the Organisation of the Petroleum Exporting Countries (Opec) imposed the embargo following the US decision to re-supply the Israeli military during the 1973 Arab-Israeli war.

Drillers said the lifting the ban would increase US oil security and give its European and Asian allies an alternative source of crude beyond OPEC and Russia.

Environment groups, however, pointed out that a lifting the export ban could harm the environment and lead to an oil glut.