Cash-starved Niko Resources of Canada has decided to quit as partner in Reliance Industries' gas discovery block NEC-25, off the Odisha coast, by divesting its 10-per cent stake to the existing partners. 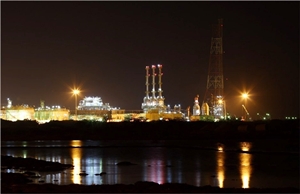 "In the second quarter of fiscal 2016, the company elected to withdraw from the NEC-25 block and relinquish its interest to the remaining interest holders," Niko said in its second quarter earning statement.

RIL is the operator of the block with 60 per cent interest while BP plc of UK has a 30 per cent stake.

Niko's 10 per cent stake will be split between RIL and BP in proportion to their equity stake. Gas discoveries in North-East Coast block NEC-0SN-97/1 (NEC-25) hold recoverable reserves of 1.032 trillion cubic feet.

The Canadian company has been facing cash problems and had even put up for sale its interest in NEC-25 as well as 10 per cent stake in RIL's Krishna Godavari basin oil and gas producing block KG-DWN-98/3 or KG-D6. But it hasn't been able to find a buyer.

With the Directorate General of Hydrocarbons (DGH), the upstream regulator, not approving a $3.5 billion plan for developing gas discoveries in block NEC-25 in the absence of its prescribed tests to confirm two of the finds, the partners opted to do the test on one of the finds and relinquish the other.

"In the first quarter of fiscal 2016, the contractor group for the NEC-25 block elected to conduct a DST for one discovery in the block," Niko said, adding that relinquishing its interest would eliminate the company's obligation to fund its share of the DST programme.

DGH, the nodal technical arm of petroleum ministry, has however refused to bring the development plan to block oversight panel, called the Management Committee, for approval disputing commerciality of D-32 and D-40 in absence of Drill Stem Tests (DSTs) to confirm the finds.

RIL-BP-Niko decided to relinquish D-40 and conduct DST on D-32.

According to RIL, D-32 and D-40 hold an in-place reserve of up to 663 billion cubic feet capable of producing 170 million standard cubic feet per day.

RIL has so far made eight gas discoveries in the block.

Niko said it will not be able to conclude negotiations for sale of its upstream interest by 15 November and will seek an extension from its lenders for additional time.

"The company's management is focused on reducing ongoing costs by reducing staff and closing branch offices in countries where it had been exploring," it said. "The company will continue its efforts to monetize its non-core assets and minimize cash outflows outside of its core areas."