Rejecting the proposal of the Keystone XL oil pipeline through US states to carry crude from Candian oil sands, President Obama yesterday said the controversial pipeline through the American heartland "would not serve the national interest of the United States." 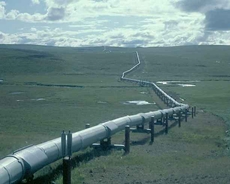 According to commentators, the president's stance reflected both an improved economy and a broad new public awareness of the relationship between fossil fuels and global warming.

Obama cited new data to reject permit for the 1,179-mile pipeline between Canada and Nebraska, showing unemployment had declined to 5 per cent and the US now produced more oil than it imported.

The price of gasoline, like oil, had fallen sharply.

Also in the seven years since the pipeline was proposed, awareness of the devastating effects of climate change with the drought in California, natural disasters like Hurricane Sandy and some of the hottest years in recorded history had increased.

Meanwhile, the New York attorney general had launched an investigation into ExxonMobil for potentially misleading both investors and the public about climate change.

Obama's denial of the proposed pipeline, which would have carried 800,000 barrels a day of carbon-heavy petroleum from the Canadian oil sands to the Gulf Coast, comes as he seeks to build a legacy on climate change, according to commentators.

''America is now a global leader when it comes to taking serious action to fight climate change,'' Obama said in remarks from the White House. ''And, frankly, approving this project would have undercut that global leadership.''

The step comes as a major UN summit meeting on climate change will be held in Paris in December, where Obama hopes to help broker a historic agreement and build a consensus among nations to outline new policies to counter global warming.

While the rejection of the pipeline had symbolic relevance, Obama looks to send a message to other world leaders that the US was serious about taking action on climate change.