Global oil and gas majors have deferred new upstream projects worth approximately $200 billion, mostly in deep sea basins, amid a slump in oil prices and subsequent cuts in capital spending. 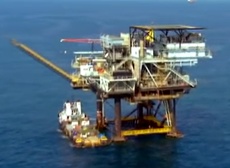 Crude oil prices have plunged more than 50 per cent from their June 2014 highs of over $110 a barrel of Brent to $53.47 yesterday, driven by supply glut on the back of the US shale oil production and OPEC's decision to maintain output.

Oil and gas majors have slashed their capital expenditure budgets between 10-15 per cent as they believe a sustained period of sharply lower oil prices lie ahead.

British energy and mining research firm Wood Mackenzie's latest analysis finds 45 major project deferrals so far in 2015 due to the impact of cost deflation in the current oil price environment and the number is still counting.

''As a result, we estimate 20 billion barrels of oil equivalent (boe) of reserves has been pushed back from a diverse range of onshore, shallow-water and deepwater projects,'' Wood Mackenzie said.

''Together, this creates a $200 billion hole in the industry's investment pipeline,'' the report said.

The shelved projects are technically challenging, have significant upfront costs and low returns.

Projects in shallow water and onshore are the least affected.

The main reasons for the deferrals are releasing capital in response to the plunge in oil prices and giving more time to develop enhanced designs, cost optimization and other measures to improve overall economics. The postponements of the final investment decisions are aimed at boosting free cash flow.

Meanwhile, Britain yesterday awarded 41 new oil and gas licences aiming to boost oil exploration in North Sea, which is one of the world's most mature areas. Global majors Shell and ENI are among the winners of the bids.

Mackenzie considers that half of the new greenfield developments still produce sub-15 per cent development rate of returns which is below most companies' hurdle rate or minimum acceptable rate of return.

The ''break-even'' prices of new projects have come down from the level of $90 a barrel to $60-70 range and with crude prices hovering at around $55 a barrel, this could even move further down.

It is estimated that majority of the deferred projects now target start-up during 2019-2023, which could be pushed back further if oil companies continue to cut future capital spending.