The government is preparing to import eight million barrels of Iraq oil to stockpile at the strategic petroleum reserve (SPR), taking advantage of cheap oil prices. 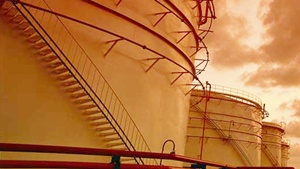 As the US eases sanctions on Iraqi oil, India has been quick to raise its purchases. The move will incidentally also help the global oil market, suffering from a glut.

India's SPR purchases could temporarily help offset the impact of an expected pause in China's strategic stocks build-up and the start of spring maintenance at Asian refiners.

The tenders are to be issued in March, and union cabinet approval is expected at its meeting next week, said the report.

A committee of directors suggested Basra oil as it suits refineries on the country's east coast.

It would be a one-off purchase for the SPR as the stocks would be used only in case of supply disruptions.

The finance ministry has provided Rs2,400 crore (about $383 million) from revised budget estimates for the 2014-15 financial year to fill the first SPR.

Benchmark Brent futures have climbed up from a six-year low hit in January, but are still down over 50 per cent from last June at $53 per barrel.

India, the world's fourth biggest oil consumer, in February built its first underground SPR in Andhra Pradesh with a capacity to hold 9.75 million barrels of oil.

A total of three SPRs in southern India will hold more than 36 million barrels of oil, enough to cover about 13 days' supply for the country in case of a supply disruption or extreme price volatility.

The two other SPRs, at Padur and Mangalore in southern Karnataka, will have a capacity of 29.3 million barrels and are expected to be ready by October.

In addition to HPCL's Vizag refinery, the IOC's 150,000 bpd Haldia refinery and a 210,000 bpd refinery owned by Chennai Petroleum Corp, a subsidiary of IOC, can process Basra oil, the Reuters report points out.