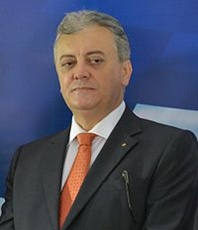 Aldemire Bendine, the president of one of Brazil's major banks, has been appointed as the new chief executive of scandal-ridden Brazilian oil and gas giant Petroleo Brasileiro SA (Petrobras).

The action by company's board of directors comes after the mass exit of Petrobras's top management, including its CEO Maria das Gracas Silva Foster and five other directors, last week following a multi-billion dollar corruption scandal allegedly committed by the state-owned oil company through the award of inflated contracts.

Bendine, 51, was the chief executive of state-owned Banco de Brasil for the past seven years and under his leadership, the bank posted high profits, while keeping its default interest rate under control.

However, turning around Petrobas, one of the most indebted companies in the oil industry, is believed to be a major task for Bendine.

Market reaction to Bendine's selection was negative, pulling Petrobras shares down eight per cent in Sao Paulo on Friday. The oil giant's market value has plummeted to $42.5 billion from $310 billion in 2008.

According to analysts, Bendine's appointment indicates that the country's president Dilma Rousseff, who appoints Petrobras's directors, will be controlling the company.

''Bendine's appointment shows that Rousseff will be the one at the helm of Petrobras. The market wanted change and autonomy. The message she sent was it is more of the same,'' The Wall Street Journal reported quoting Adriano Pires, an energy expert with the Brazilian Center of Infrastructure in Rio de Janeiro.

According to local reports, the board voted 7-3 in Bendine's favour.

The scandal, presumably the country's biggest corruption disgrace, had surfaced in March last year. So far, none of the directors has been implicated for involvement although prosecutors have charged two top Petrobras officials and 27 executives from the nation's biggest builders.

According to a report on Rio Times, six former Petrobras directors had said that the company might have as much as $88 billion reais in overvalued assets.

The police investigation on the scandal code-named 'Operation Car Wash' has so far unearthed $8.9 billion reais of suspect payments, bribes and kickbacks to Petrobras executives and politicians.

The police also questioned the treasurer of the ruling Workers party, who repeatedly denied his involvement. Although the case has come closer to President Rousseff, she has not been implicated and has denied any knowledge of illicit dealings.

Petrobras's credit rating was cut to near junk status by two major credit rating agencies in recent days. Fitch downgraded it to BBB- following Moody's Investors Service's rating cut to an equivalent Baa3 level, as the company failed to account for the details of the kickbacks and is considering writedowns.

''The downgrade reflects the increased and prolonged uncertainty regarding Petrobras's ability to estimate and record an adjustment to its fixed assets in a timely manner,'' Fitch analysts led by Lucas Aristizabal wrote in the statement. ''The decision to delay the recording of impairment highlights the difficulties of estimating the magnitude of the corruption overpayments and fair value of fixed assets.''

Meanwhile, according to a poll conducted by Datafolha and published on the web site of newspaper Folha de S Paulo on Saturday, President Dilma Rousseff's public approval sank to the lowest level since she took office in 2011. Rousseff was rated good or very good by only 23 per cent of the respondents, the worst for any Brazilian leader since 1999.