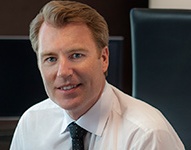 The approximately 8-per cent workforce reduction coupled with the reduction and reassessment of its WesternGeco fleet, were among the steps leading to a $1.77 billion fourth-quarter charge in expectation of lower spending by customers in 2015, according to the Houston- and Paris-based company's earnings report.

Energy companies, coping with oil worth under half its price six months ago, would likely cut spending in the US by around 35 per cent this year, according to Cowen & Co.

The number of onshore US rigs could be down by 750 this year, according to a Wells Fargo & Co note Wednesday. That would come as a 43-per cent decline from the 1,744 in operation at the start of the year, according to Baker Hughes Inc.

Bloomberg quoted Rob Desai, an analyst at Edward Jones in St Louis, who rates the shares at "buy", but owns none, as saying the coming year ''is looking like it's gonna be pretty rough.''

The global fall in crude prices is expected to affect the future of thousands of workers at oil producing companies across the globe.

A spokesman for  Schlumberger said yesterday that close to 9,000 or 8 per cent of company's 120,000 workers would be axed to match with the activity levels for 2015.

The falling demand and steady oil production had led to the price collapse in crude oil industry, raising the spectre of financial distress for oil companies around the world.

West Texas Intermediate was down 4.6 per cent down to $46.22 a barrel, while Brent crude slid 2 per cent to $47.67 yesterday. According to Schlumberger CEO Paal Kibsgaard, the current environment was very uncertain; his company was therefore trying to control whatever it could.

He said Schlumberger had already taken some difficult decisions to resize the company in connection with the available growth options and would do the same in the future if the situation demanded.