In what could be further good news for India's economy, US crude and Brent futures dropped to five-and-a-half-year lows today, as worries about a  surplus global supply amid weak demand continued to drag back oil markets. 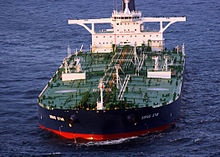 OPEC's decision in November to maintain output had accelerated oil's losses earlier, while record-high Russian production and the highest Iraqi exports since 1980 added to concerns about oversupply (See: Oil wilts as OPEC stands by Saudi decision not to cut production).

The two oil benchmarks, Brent and West Texas Intermediate, have now lost more than half of their value from peaks hit in the middle of last year. US crude slid as low as $51.40 a barrel, its lowest since May 2009, and this morning it was just a tick above that at $51.59 a barrel, still down $1.10.

Lacklustre economic data from the United States on Friday fuelled worries about the state of the global economy and the strength of oil demand.

A weak euro may also have contributed to further oil losses as it reduces the purchasing power of euro holders for dollar-denominated oil.

Conflict in Libya has reduced the OPEC producer's crude output to around 380,000 barrels a day, state-run National Oil Corp (NOC) has said. Fighting was reported near the country's biggest oil export port Ras Es Sider in the east even as a week-long fire at the port's storage tanks was extinguished on Friday.