Apache to sell stakes in two international LNG projects to Woodside for $2.75 bn

Apache Corp, the second-largest US independent oil and gas producer after Anadarko Petroleum, yesterday agreed to sell its stakes in two international liquefied-natural-gas projects to Woodside Petroleum Ltd. for $2.75 billion. 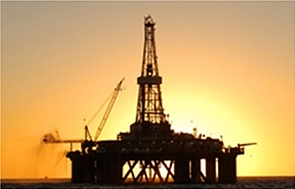 The sale comes less than a month after the Houston-based company announced that it would sell its working interest in approximately 90,000 net acres in southern Louisiana and approximately 115,000 net acres in Wheeler County, Texas, and in western Oklahoma for $1.4 billion. (See: Apache Corp eyes $1.4 bn through sale of oil and gas asset)

Under the terms of the latest deal, Apache will sell its 13-per cent stake in the Wheatstone LNG project and a 65-per cent interest in the WA-49-L block, which includes the Julimar / Brunello offshore gas fields and the Balnaves oil development, and its 50-per cent interest in the Kitimat LNG project and related upstream acreage in the Horn River and Liard natural gas basins in British Columbia, Canada for $2.75 billion.

Apache will also be reimbursed for its net expenditure in the Wheatstone and Kitimat LNG projects between 30 June 2014, and closing, which is estimated to be approximately $1 billion.

Based on current estimates, Apache's net proceeds upon closing are expected to be around $3.7 billion.

"Today's announcement marks the successful completion of one of our primary strategic goals of exiting the Wheatstone and Kitimat LNG projects. We look forward to the redeployment of the proceeds from this sale, which may be used to reduce debt, repurchase shares and to pursue other opportunities that enhance our asset base and drive profitable production growth," said  Steven Farris, chairman, CEO and president of Apache.

Apache, which has made acquisitions worth more than $16 billion over the last three years, had last year said that it would sell assets worth $4 billion after conducting a strategic portfolio review to identify assets that no longer fits its growth profile.

In July, activist investor Jana Partners with a stake worth more than $1 billion, bagan to mount pressure on the company to sell its overseas assets and focus on US drilling.

With market cap of $27.4 billion and 2013 revenues of $16.1billion, Apache has in recent years acquired hydrocarbon assets from oil majors, including BP's assets in the US, Canada and Egypt, and Devon Energy and Mariner Energy's assets in the Gulf of Mexico.