US oil and gas company Hess Corp will sell its East Coast and St. Lucia storage terminal network to Buckeye Partners, the biggest US pipeline operator, for $850 million in order to focus on exploration and production. 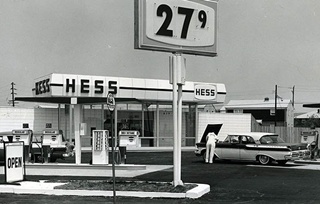 The terminal on St. Lucia in the Caribbean has approximately 10 million barrels of crude oil and refined petroleum products storage capacity and has deep-water access.

''This acquisition is a tremendous opportunity for Buckeye to create value by overlaying our commercial operating model on a premier platform of complementary assets,'' said Clark Smith, president and CEO of Buckeye.

''We expect this acquisition, which includes a multi-year storage and throughput commitment by Hess, will be immediately accretive to our distributable cash flow per unit, excluding first year transition-related expenses, and should provide long-term support for further distribution growth,'' he added.

Its flagship marine terminal in The Bahamas, Borco, is one of the largest crude oil and petroleum products storage facilities in the world, serving the international markets as a global logistics hub.

The sale comes a year after Hess sold its interest in two oilfields in the Azerbaijan sector of the Caspian Sea and its 2.36 per cent stake interest in the associated Baku-Tbilisi-Ceyhan pipeline, to India's Oil and Natural Gas Corp, for $1 billion. (See: ONGC Videsh buys Hess's stake in Azerbaijan's ACG fields for $1 billion)

The New York-based company had started in 2010 to focus on the exploration and development of its most promising lower risk, higher growth, oil-linked E&P assets.

In the first phase of transformation, Hess invested in its most promising assets, including increasing its leadership in the Bakken oil shale, and entering the Utica shale, while acquiring an additional ownership stake in the Valhall Field in Norway.

It closed a joint venture refinery in the US Virgin Islands and divested a number of assets worth $1.7 billion in the UK, Norway, and Indonesia.

Hess followed this up in the second phase by divesting non-core assets worth nearly $2.5 billion across Europe and Asia.