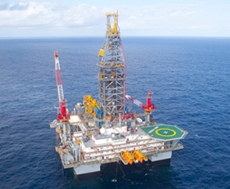 If the deal goes through, it would mark the largest ever overseas hydrocarbon acquisition by a Chinese entity.

Beijing-based Cnooc will pay $27.50 per share in cash, representing a premium of 61 per cent to the Calgary-based company's 20 July closing price on the New York Stock Exchange.

The deal value of approximately $15.1 billion will be paid by Cnooc through existing cash resources and external financing. Nexen's current debt of around $4.3 billion will remain outstanding, and both companies expect the transaction to close in the fourth quarter of 2012, subject to government approvals.

The agreement provides Cnooc to match a superior proposal and a break-up fee of $425 million if Nexen withdraws or modifies the agreed deal, while Cnooc will the pay the same amount if Chinese regulators turn down the deal.

The transaction has to be approved by regulators in Canada, the US, the EU (if required) and China.