Chesapeake Energy, the second-largest producer of natural gas in the US yesterday said that it will raise around $12-billion by selling assets as part of its 2012 financial plan to reduce debt and fund its ongoing operations. 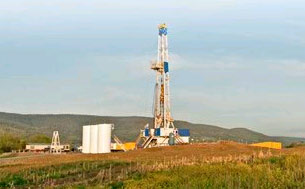 Chesapeake, which has nearly $11.7 billion as of end last year, said that its 2012 financial plan aims to fully cover planned capital spending for this year and "provide additional liquidity for 2013."

The Oklahoma-based company anticipates receiving $2 billion in the next 60 days in two separate transactions. The company plans to complete a volumetric production payment on its Texas Panhandle Granite Wash assets and a financial transaction by a new subsidiary formed to hold a portion of Chesapeake's assets in Ellis and Roger Mills counties, Oklahoma, in the Cleveland and Tonkawa plays.

The company is pursuing joint venture transactions in its Mississippi Lime and Permian Basin plays where it owns 1.8 million and 1.5 million net acres of leasehold, respectively.