Canada's Pembina Pipeline Corp yesterday said it will acquire its rival Provident Energy Ltd, in a C$3.2-billion ($3.1 billion) all stock deal that will create one of the country's largest publicly traded pipeline companies with a market captitalisation of nearly C$8 billion. 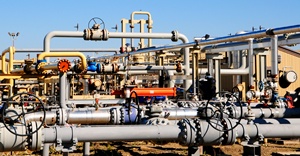 The transaction is the largest Canadian natural-gas pipeline deal since the 2005 acquisition of FortisBC Holdings by Houston-based Kinder Morgan for C$6.7 billion.

Under the Pembina- Provident deal, Calgary-based Pembina will pay 0.425 of a Pembina share for each share held, or about C$11.86, representing a premium of 25 per cent over Provident Energy's last week's closing share price of C$9.51.

The deal will create one of Canada's largest publicly traded pipeline companies that will have business in regions such as Montney and Duvernay in British Columbia as well as the Alberta Deep Basin.