Chinese refiner Sinopec and Saudi Arabian Oil Co (Aramco) will develop a refinery in Saudi Arabia at a cost of as much as $10 billion. 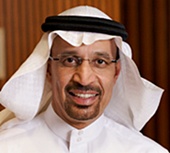 The 400,000 barrel-a-day refinery will be built in the western city of Yanbu on the Saudi Red Sea coast and output is likely to start in 2014, Aramco CEO Khalid al-Falih told reporters today after signing the deal with Beijing-based Sinopec.

The project, known as Yasref, will cost $8.5 billion if funded entirely by the two partners, but will cost around $10 billion if both the state-owned companies decide to borrow.

Sinopec, Asia's biggest oil refiner, will hold a 37.5-per cent stake in the project, while Aramco will hold the remaining 62.5 per cent.

The project had also included ConocoPhillips, but the US oil major pulled out last year after deciding to scale back on refining and marketing activities.

The deal comes after Sinopec had roped in Aramco and energy and petrochemicals leader Exxon Mobil in a joint venture in 2007 to operate 750 petrol stations across China expand the petrochemicals refinery in Fujian province.