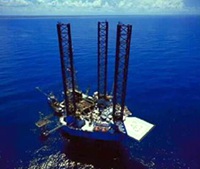 The share offering, which is the largest stock sale in capital markets history, was made partly in rights offer to Brazilian government and sale of common equity to other investors and is reported to have reached $87 billion, Dow Jones Newswire reported, citing a market insider.

The stock offering was priced at 2 per cent discount to Petrobras Thursday's closing price.

The oil giant had filed to sell 3.76 billion shares, including common and preferred stock. Based on recent trading prices and including the option to sell additional shares to meet demand, Petrobras would have raised roughly $78 billion.

Since the share offering met exceptional demand, Petrobras said that it may sell another 188 million new shares in the next 30 days.

Brazilian president Luiz Inácio Lula da Silva wants to strengthen government control over the oil industry and the rights offer is intended to strengthen the government's hold on the economy as well.

The offer, which comes almost a year after Petrobras announced plans for the share issue, will support the campaign of his chief of staff and heir apparent, Dilma Rousseff ahead of the coming elections

The Brazilian government was the largest buyer buying $43 billion, while the remaining $27 billion was bought by the market.