OVL to set up refinery in Nigeria; may bag two offshore blocks

New Delhi: ONGC Videsh (OVL), the overseas investment arm of Indian state-owned Oil and Natural Gas Corporation (ONGC), has proposed to set up a greenfield refinery in Nigeria, according to a senior cabinet minister. This would be part of the government's efforts to broad base the activities of Indian companies in the African continent. 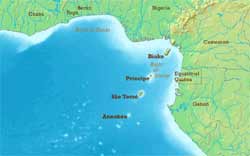 Speaking at the second India-Africa Hydrocarbon Conference, petroleum minister Murli Deora said, ''We also plan to broad base our activities in Africa and OVL's proposal to set a greenfield refinery in Nigeria is intended to further this goal.''

He did not reveal any details.

According to ministry of petroleum sources, OVL would like to set up a 180,000-barrels per day refinery in collaboration with Lakshmi Mittal.

The proposed investment may be part of an overall deal where Indian companies also receive oil blocks in Nigeria.

Deora also mentioned that India was keen to expand import of liquefied natural gas (LNG) from Africa to meet its increasing requirement of gas. ''We are a stable, long-term and growing market for Africa's natural gas. Our companies are interested in sourcing LNG as well as equity participation in existing and upcoming LNG terminals in Africa,'' the minister said.