Venezuela suspends oil sales to Exxon; threatens oil cuts to the US 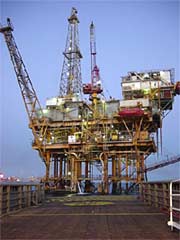 In response to the freeze on Venzeuelan oil assets brought by Exxon Mobil Corporation, the Venezuelan state oil company Petroleos de Venezuela SA (PDVSA) has announced the suspension of crude sales to the US oil giant.

Late last week Exxon won court orders in the US, UK, the Netherlands and the Caribbean, in its battle for compensation over the Venezuelan government's seizure of oil project in Venezuela's largest oil reserve that it was involved in.

The UK injunction is due to be heard next on 22 February and till then.PDVSA cannot remove assets in England or Wales up to a value of $12 billion. It has also been prohibited from selling or reducing the value of any assets within or outside these countries up to the same value. (See: Exxon Mobil accused of judicial terrorism as it wins court verdict for freezing $12 billion of Venezuelan assets)

The value of the assets frozen in the US is about $300 million, does not adversely im[pact PDVSA, which has unrestricted cash in hand of about $3.6 billion as of second-quarter 2007 and total assets valued at about $92 billion.

However, President Hugo Chavez, a leading champion of oil nationalism, says Exxon is no longer welcome in Venezuela and has terminated all commercial relations with the oil firm, whom he has accused of plundering Venezuelan oil resources.

He has also threatened that if Venezuelan interests were adversely affected by the legal action by Exxon, the country would block all oil supplies to the US, whom he has accused of  a wider economic war against his country. Exxon sources 2 per cent of its oil from Venezuelan state oil firm PDVSA.