A panel appointed by the insurance Regulatory and Development Authority of India (IRDAI) has recommended the exclusion of 17 ailments from insurance cover as a means of standardisation of exclusions under health insurance. 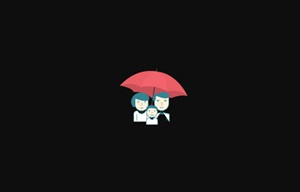 Insurance companies will be allowed to incorporate a list of 17 pre-existing diseases that could be excluded from health insurance policies as a means of standardisation of exclusions.
The standardised list of 17 permanent exclusions include epilepsy, congenital heart disease, cerebral stroke, chronic liver and kidney diseases, hepatitis B, Alzheimer’s, Parkinson’s, HIV and AIDS, loss of hearing, and physical disabilities.
However, the IRDAI panel has recommended insurance companies to cover all health conditions acquired after the inception of the policy term.
According to the report submitted by the regulator appointed committee, insurance companies cannot exclude diseases like Alzheimer’s, Parkinson’s, HIV/AIDS and morbid obesity after the initiation of the policy term.
However, insurance companies will be allowed to incorporate a list of permanent exclusions under any policy. These are pre-existing illnesses, which will not be covered.
If the non-disclosed condition is other than that mentioned on the list of permanent exclusions, then the insurance company can incorporate an additional waiting period for a maximum period of four years from the date of detection.
Waiting period is the duration when a claim is not admissible. At present, the waiting period for most illness is up to two years and is decided by insurers based on past claims data.
IRDAI appointed committee has also recommended a moratorium period of eight years of continuous renewals after which the claim cannot be questioned based on non-disclosures or misrepresentations at the time of taking the policy.
“The proposer’s consent is mandatory so that the proposer may take an informed decision,” said the report of the IRDAI working group, which has also given the exact classification, or ICD code, to ensure there is no scope for “subjective interpretation” by insurers at the time of claim settlement.
All recommendations submitted by the IRDAI's working committee could be reviewed on a yearly basis.
MORE REPORTS