British Steel falls into liquidation after failing to secure funding 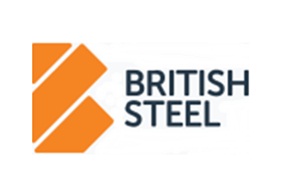 The High Court ordered compulsory liquidation of the company after Greybull Capital, which specialises in turning around distressed businesses, accepted defeat in its efforts to keep British Steel alive.
Investment firm Graybull, which bought the business from Tata Steel for a nominal one pound three years ago, said the challenges of Britain’s looming exit from the European Union proved insurmountable.
British Steel employs around 5,000 people, mostly in Scunthorpe, while 20,000 more depend on its supply chain. The staff will continue to be employed as the liquidator oversees the continuing operation of the main site in Scunthorpe, northern England.
Britain’s opposition Labour Party has called for nationalization of British steel even as business minister Greg Clark said British Steel was open to new buyers.
British Steel made a profit in 2017, a year after it changed hands to Greybull, but the company cut around 400 jobs last year, blaming factors such as the weak pound and low order book position.
Tata Steel’s efforts to sell off its steel assets in EU failed amidst a weakening of business sentiment amidst weak demand, high raw material and labour cost and cheap imports.
EU steel company shares are currently trading at their lowest in nearly three years with export markets almost closed by high tariffs.
British Steel had asked the government for a 75 million pound loan, later reducing its demand to 30 million pounds after Greybull agreed to put up more money, according to a source close to the negotiations.
It had already secured a government loan of around 120 million pounds ($154 million) this month to enable it to comply with the European Union’s Emissions Trading System (ETS) rules.
Britain’s business minister said it would have been unlawful to provide a loan to British Steel on the terms the company or any other party had made.
Last Thursday, British Steel said it had the backing of shareholders and lenders and that operations were continuing as usual while it sought a "permanent solution" from the government to its financial troubles.
MORE REPORTS