Tata Steel today said that it had signed definitive agreements with Thyssenkrupp AG to combine their European steel businesses in a 50 : 50 joint venture in a new company. 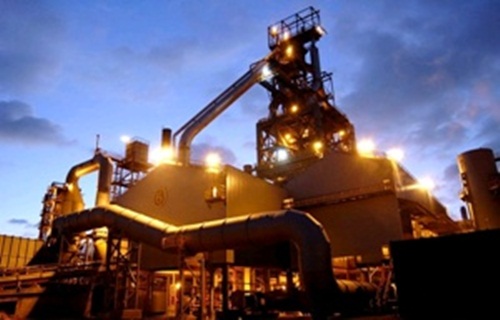 This follows the signing of a Memorandum of Understanding in September 2017 wherein the two companies had said they would combine the flat steel operations of the two companies in Europe and the steel mill services of Thyssenkrupp group (See: Tata Steel, Thyssenkrupp to merge European flat steel operations).
The proposed new company, to be named Thyssenkrupp Tata Steel BV, will be positioned as a leading pan European high quality flat steel producer with a strong focus on performance, quality and technology leadership.
"The joint venture is built on the strong foundations of common value systems and a long heritage in the industry. The transaction is subject to merger control clearance in several jurisdictions, including the European Union," the companies said in a statemaent.
Natarajan Chandrasekaran, chairman of Tata Steel, said, “The joint venture will create a strong pan European steel company that is structurally robust and competitive. This is a significant milestone for Tata Steel and we remain fully committed to the long-term interest of the joint venture company. We are confident that this company will create value for all stakeholders.”
The proposed 50:50 joint venture would have a turnover of about €15 billion (Rs115,000 crore) and currently employs about 48,000 people spread across various locations. The JV will be based in Amsterdam.
The merger will create the region's second-largest producer and tackle overcapacity in the industry.
Dr. Heinrich Hiesinger, CEO of Thyssenkrupp AG, commented: “We will create a highly competitive European steel player - based on a strong industrial logic and strategic rationale. We will secure jobs and contribute to maintaining value chains in European core industries.”
Until completion of the JV process, Thyssenkrupp Steel Europe and Tata Steel in Europe will operate as separate companies and competitors. Only after completion of the JV process, Thyssenkrupp Steel Europe and Tata Steel in Europe will be integrated as one company.
The JV will be formed through non-cash transaction, based on the valuation where both shareholders would contribute debt and liabilities to achieve an equal shareholding in the venture.
The two foresee annual synergies of 400 million €($480 million) to €600 million, helped by savings on areas including capacity utilisation, sales and administration and research and development. The companies flagged the possible loss of as many as 4,000 jobs, from a newly combined workforce of about 48,000.
Thyssenkrupp and Tata have been in tie-up talks for more than a year to drive the latest wave of consolidation as steelmakers seek ways to counter overcapacity and cut costs.
While steel prices have recovered since early last year, the industry still faces a global glut caused by large Chinese exports and too much capacity around the world. Benchmark prices in Europe are about half the level they were in 2008, according to reports.
MORE REPORTS