Indian e-commerce major Flipkart, which is now owned by US retail giant Walmart Inc, is reported to be in talks to buy local grocery chain Namdhari’s Fresh. 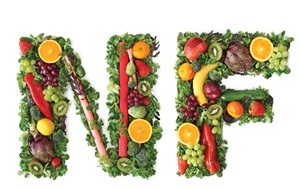 This is part of Walmart’s strategy against Reliance Retail’s planned nation-wide rollout of its “new-commerce” multi-channel retail play by bringing millions of kiranas or small neighbourhood stores on board.
Walmart-owned Flipkart is also courting the kiran stores in a big way. To begin with, Flipkart plans to make 15,000 small convenience stores, beauty salons, bakeries and pharmacies, among others, sell something they normally don’t stock: smartphones. It plans to push other products in future, and also use these stores as last-mile delivery agents.
Flipkart and Namdhari’s have held talks, a CNBC – TV18 said citing a Reuter’s report that cited a source familiar with the matter, but added that it was not immediately clear if it would result in a deal.
Namdhari's operates over 30 stores in Bengaluru, and the acquisition will help Flipkart expand its food and grocery segment, the report added here
Walmart acquired about 77 per cent of Flipkart for roughly $16 billion last year, beefing up the competition to Amazon.com Inc in the fast growing Indian e-commerce market.
The ecommerce giant is currently piloting a project in Telangana, where it has partnered with about 800 small shopkeepers to sell mobile phones through the Flipkart app.
The company ships the phones to the stores from where the orders originate, and the kiranas in turn deliver them to the buyers, earning a retailer’s margin, said two people familiar with the development.
“The shops use a separate affiliate link in the Flipkart app to conduct business,” said one of the persons.
“There is a larger play with kiranas,” the second person said, without elaborating on the plans.
With more than 95 per cent of retailing in the country still controlled by brick-and-mortar stores, the cash-rich ecommerce companies are trying to penetrate deeper into India’s retail sector through acquisitions.
Competition is expected to intensify in the Indian ecommerce space with RIL’s entry later this year. The Mumbai-based conglomerate is also trying to loop in small and big physical retailers for its platform.
MORE REPORTS