US may end GST preferences for India: report

The administration of President Donald Trump is reported to be looking at ending zero tariff concessions to some Indian products under the Generalised System of Preferences (GSP) in a bid to force India change its trade and investment policies. 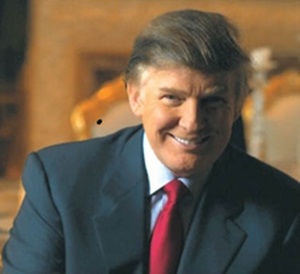 Such a move could adversely affect $5.6 billion worth of concessional exports from India to the US, vitiating an already bumpy trade relation between the two countries, news agency Reuters reported citing people familiar with the matter.
India is currently the largest beneficiary of beneficiary of the scheme that has been in force since the 1970s and President Trump could opt to end the GSP benefits to India as a tit-for-tat to India’s decision to plug loopholes in its foreign investment rules for retail and e-commerce firms, according to the report.
President Donald Trump who took office in 2017, has vowed to reduce the US trade deficit with large economies and has repeatedly called out India for its high tariffs.
Indian Prime Minister Narendra Modi has courted foreign investment as part of his Make-in-India campaign to turn India into a manufacturing hub and generate jobs.
Trump, on the other hand, has been pushing US manufacturing to return home as part of his Make America Great Again campaign.
However, business prospects for foreign firms, especially retail and pharma companies from the US, has not been so bright, owing mainly to local competition and a non-exclusive market.
The immediate cause for the US move could be India’s new rules on e-commerce that restrict the way Amazon.com Inc and Walmart-backed Flipkart do business in India.
The Indian government decided to straighten rules for e-commerce after the two US majors tried to circumvent rules by designing a ‘hybrid marketplace’ to skirt FDI rules.
The government has made it clear that foreign direct investment regulations for retail and e-commerce businesses are specific and investors cannot mix the two to skirt investment norms.
According to the government, e-commerce companies were operating at three levels to offer deep discounts and were booking losses in their books.
The government has also laid bare the nature of irregularities the two major ecommerce companies Amazon and Flipkart are involved in, while flouting the FDI rules. The government also said its decision to review FDI policy for retailers has its roots in the flouting of rules by the two companies to secure a larger share of the market.
The government in an explanatory release also made it clear that it stood firm in its decision to stick to the deadline set by it for the online firms to adhere to the guidelines.
Laying bare the exact process being followed by both the ecommerce giants, the government says they were operating hybrid marketplaces. The two companies are operating at three levels to offer deep discounts and were booking the losses in their books.
In the first stage, Amazon and Flipkart would buy the products, whether smartphones or other products directly from the manufacturers in bulk and avail discounts. These products would then be sold on their B2B platforms to entities in which they had stakes at prices lower than they had bought them, thereby booking the losses on their own books.
These sellers would then offer these products on the respective ecommerce retail platforms. When the customer makes the purchase, there are delivery charge waivers etc. This is the second level where losses are absorbed, to sell the products cheaper.
In the third stage, there are cashback offers and other interest free monthly payment schemes to make the deals absolutely attractive. These payment firms are also run by Amazon (Amazon Pay) and Flipkart (PhonePe).
Modi has also annoyed global card payments companies such as Mastercard and Visa by forcing them to move their data to India and the imposition of higher tariffs on electronic products and smartphones.
The GSP was tied to the trade package and since that deal had slipped further away, the United States was considering withdrawing or scaling back the preferential arrangement, two sources said, speaking on condition of anonymity because of the sensitivity of the matter.
The US Trade Representative (USTR) was completing a review of India’s status as a GSP beneficiary and an announcement was expected over the next two weeks, according to the Reuters report.
MORE REPORTS