Has Warren Buffet written the requiem for retail stores?

Warren Buffett's Berkshire Hathaway recently sold $900 million of Walmart stock, leaving Buffet with nearly no shares in the brick-and-mortar retailer, even as he sings the praises of thriving online rival Amazon. By Jagdeep Worah 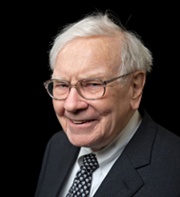 Buffett has shifted focus – in terms of billions of dollars – to airline stocks instead, like Southwest Airlines and Delta Air Lines. He also increased shares in Bank of New York Mellon (BK), among other purchases.

The sale, which leaves Buffett with nearly no shares in Walmart, comes as America's largest traditional retailer has been rushing to catch up with Amazon and other online competitors. Amazon's market value is now $356 billion, compared with Walmart's $298 billion. Buffett last year acknowledged that traditional retailers were struggling in the face of competition from the ecommerce giant.

"It is a big, big force and it has already disrupted plenty of people and it will disrupt more," Buffett said at his annual shareholders' meeting in 2016, according to Bloomberg. Buffet's been paring his stake in Walmart since then. He first bought shares in the retailer back in 2005.

Buffett actually foresaw the retail industry issues back then in 2005, specifically the problems facing Sears and Kmart.

"Retailing is like shooting at a moving target," Buffett said. "Turning around a retailer that has been slipping for a long time would be very difficult. Can you think of an example of a retailer that was successfully turned around?"

Sears has struggled, shuttering hundreds of stores, as have retailers such as Macy's and JC Penney Co. And earlier this year, some Twitter users expressed surprise at learning Kmart was still around at all.

The 86-year-old billionaire also noted that Amazon's competitors, "including us (Berkshire Hathaway) in a few areas, have not figured the way to either participate in it, or to counter it".

Too many stores?
Since the end of 2014, Walmart shares have fallen 21 per cent compared with a 119 per cent jump in Amazon shares. And former Walmart chief executive Mike Duke admitted back in 2012 that his biggest regret as CEO was not investing more in ecommerce to better compete with Amazon.

"I wish we had moved faster. We've proven ourselves to be successful in many areas, and I simply wonder why we didn't move more quickly. This is especially true for ecommerce," Duke said at the time. "Right now we're making tremendous progress, and the business is moving, but we should have moved faster to expand this area."

While Walmart has since invested billions in ecommerce, it still holds a tiny share of the market compared with Amazon. Walmart's online sales were $13.7 billion in 2015, compared to Amazon's $107 billion.

So, will Buffet now invest in technology stocks, and particularly in Amazon? It's an open secret that Buffet thinks highly of Amazon CEO Jeff Bezos. Unlike bears who think Amazon stock is a bubble waiting to burst, Buffett seems to understand the company's endgame and what makes it special, Profit Confidential notes.

This is what he said of Jeff Bezos in May last year: ''We haven't seen many businessmen like him,'' Buffett told CNBC. ''Overwhelmingly, he's taken things you and I've been buying and he's figured out a way to make us happier buying those products, either by fast delivery or prices or whatever it may be, and that's remarkable.''

Amazon stock soared 2,015 per cent in the last 10 years. By comparison, Walmart stock gained a meagre 47 per cent, meaning that Buffett's pocket book was directly affected. He would have made a much bigger return if Amazon had never existed. Instead of resenting this, Buffett was impressed.

While it would be strange to see Buffett embrace a tech stock, it wouldn't be unprecedented. He famously invested in International Business Machines Corp, arguing that it was more of a service company than a tech one. That was his way of justifying the investment.

But the general aversion to tech stocks comes from Buffett's conservative approach - in marked contrast to fellow-billionaire Elon Musk of Tesla and SpaceX fame, Buffet doesn't invest in things he can't understand. You won't find him investing in semiconductor or solar stocks because those are too far out of his ken. He simply doesn't know how to sort the wheat from the chaff in those sectors, so he avoids them.

To be clear, Walmart's revenue is still inching upward. The problem is that consumers are spending more of their money online, not in physical stores.

This puts Walmart on the wrong end of history – and Buffet, an on-the-ball investor if a conservative one, has seen this.