The Securities and Exchange Board of India (Sebi) has directed Mumbai-based Shah Group Builders Limited to repay amounts collected from the public in violation of Sebi regulations and restrained the company and its directors from market transactions for 18 months. 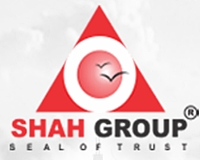 Sebi, in its preliminary inquiry into the issuance of equity shares by Shah Group Builders Limited has found non-compliance with the public issue norms stipulated under the provisions of the Companies Act, 1956 and other applicable laws, including the Sebi Regulations / Guidelines.

The market regulator has found the Shah Group to have raised Rs22.51 crore from 1,522 persons between 28 July 2008 and 30 March 2012 without going through the Sebi procedures.

Through an interim order, passed ex-parte on 12 February 2015, Sebi has restrained Shah Group Builders Limited and its promoters and directors, including Nalin V Shah, Neelam N Shah and Nirav N Shah from mobilising funds through the issue of equity shares or through any other form of securities, to the public and / or invite subscription, in any manner whatsoever, either directly or indirectly till further directions.

Sebi has also directed the group to refund the entire amount to the respective investors and restrained SGBL and its promoters and directors - Nalin Virji Shah, Neelam Nalin Shah and Nirav Nalin Shah - from market transactions for a period of 18 months.

''Further, the company has admitted to circulation of the 'information memorandum' among the potential investors to solicit subscription for its equity shares and confirmed the receipt of application money during the period of 2006 - 2008.

The offer and issue of equity shares by the company through eight allotments made during the period of 28 July 2008 to 18 November 2008 to 1,521 investors cannot prima facie be said to be a 'private placement'. Hence, the issue made by SGBL prima facie is nothing but public offer of securities.''

Sebi also noted that the allotment made on 30 March 2012, to Shah Group Builders & Infraproject Limited also prima facie appear to be from the same offer of equity shares through which the allotments were made in the year 2008.

The Sebi order restrains Shah group from disposing of any properties in part or full or alienating the assets of the company or the directors and connected people. It has also directed the company and its promoter and directors to furnish all the documents held in physical form.

Sebi said the Shah Group had sought interim relief for vacating the direction and requested for another date of hearing for making further submissions in response to the interim order.

According to SGBL, the company needed money to fund its project at Kharghar in Navi Mumbai and decided to approach a group of close family members, relatives and friends (who were not more than 20 persons) and issued an information memorandum dated 25 May 2006.

Only 20 information memorandums were printed and given to 20 close family members, relatives and friends.

The company also argued that it has never advertised that SGBL was planning future projects or to have invited subscription to its equity shares or undertaking a private placement. Also, according to the company, the policy was not to rely on public funds as far as possible.

Nor did the company promise any assured returns to the investors at any point of time and did not invite subscriptions from the public at large to subscribe to the equity shares of SGBL and all subscriptions were voluntary.

''Given the popularity of SGBL, the word spread and over a period of two years, a large group of people advanced money to SGBL to contribute to its future projects and SGBL accepted money from these persons on one to one basis,'' the company stated.

As per the Supreme Court order in Sahara matter, where offer is made to less than 50 persons, the same cannot be construed to be a public issue. Therefore, SGBL did not make a deemed public offer under section 67.

According to SGBL, the purpose of the said allotment was to ensure the debt – equity ratio of 2:1, which was a condition stipulated by the lenders before sanctioning the loan to SGBL.

However, during the period between July 2008 and November 2008, SGBL allotted shares to 1,521 persons (other than SGBIL) who wished to contribute to the project.

A sum of Rs9.75 crore was also received from the 1,521 persons. But, according to SGBL, not all of the 1,512 persons can be said to be members of the public as the equity shares were also issued to family members and relatives of SGBL who may fall under promoter / promoter group of SGBL.