The Haryana government on Friday ordered a probe into reports of missing files pertaining to the Robert Vadra-DLF land deals. The probe was ordered on a complaint filed by senior IAS officer Ashok Khemka who had over two years back cancelled mutation of the land deal between Robert Vadra's company and real estate major DLF. 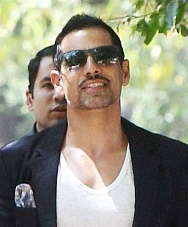 The official notings about the setting up of a three-member panel in Haryana, which gave a clean chit to Robert Vadra's firm Skylight Hospitality and discredited senior IAS officer Ashok Khemka's action of cancelling the mutation of DLF-Skylight deal, are missing from the main file.

"The file noting is a very important piece of record which would establish that the three members were specifically appointed to an illegally constituted committee by the then political executive, where the only remedy to an aggrieved party was to file a writ petition in high court, with the pre-determined objective to accord clean chit to black-marketing of colony licencce by M/s Skylight Hospitality, a company belonging to Robert Vadra, and to discredit my action of cancelling the land mutation from M/s Skylight Hospitality to M/s DLF," Khemka pointed out in a letter to the Haryana chief secretary.

In an affidavit, superintendent (Service-1 branch) of the state police D R Wadhwa claimed that the file noting leading to the decision to constitute the inquiry committee comprising Krishna Mohan, K K Jalan and Rajan Gupta on the orders of the chief secretary on 19 October 2012 has been "detached from the main file and cannot be traced".

The affidavit has been filed before the State Information Commission in response to Khemka's appeal seeking the notings on the file. Khemka has moved the SIC after the personnel department denied these documents to him which he requires to prepare his defence in the chargesheet against him.

Khemka was told that two pages of a file pertaining to the controversial DLF-Robert Vadra deal are missing from government records.

Shocked over the event, Khemka moved the chief secretary on Tuesday seeking directions for registration of an FIR against all people in the office of the then chief minister.

Admitting that the pages were missing, chief secretary P K Gupta said an internal inquiry has been instituted in the matter and efforts are on to reconstruct the file.

The chief secretary on his part said that it was a fact that a page of the file was missing.

"This is a fact that one page of the file is missing, which is two numbers - 1 and 2. I have seen this filed on Friday itself and this page is missing. For this we are instituting an inquiry...if somebody is guilty, we will take action," he said.