Hindustan Unilever (HUL), the local arm of Anglo-Dutch multinational Unilever, is going all out in its battle with Ramdev-promoted Patanjali for the personal care products market with a planned launch of 20 new natural and herbal products under the Ayush brand. 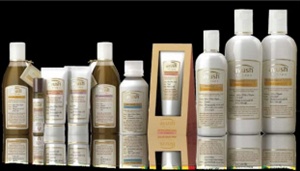 Ayurveda is the trend, especially under the Modi government, and multinationals, including HUL and Colgate are adding the herbal tag to most of their products to win back consumers who have shifted to Patanjali's Ayurvedic soaps, skin creams, and shampoos.

Mumbai-based HUL makes most of its Rs31,987-cr annual sales revenue from personal care and homecare products such as soaps, detergents, toothpastes etc.

HUL has been riding on the strength of some of its popular brands such as Lux toilet soap, Dove shampoo, and Surf Excel washing powder. But with Patanjali building up a market for products made with medicinal plants and herbs, HUL is sensing loss and stepping up investment in the Ayush brand.

Obviously, MNCs see red with Patanjali reporting a turnover of Rs5,000 crore in 2016 and issuing guidance of a doubling of this turnover to Rs10.000 crore in FY17.

HUL, which bought Ayurvedic hair oil brand Indulekha for Rs330 crore in December 2015, is adding new products to its Ayush portfolio. The company plans to bring out new range of products, which will be sold at mass-market prices between Rs30 and Rs130.

Simultaneoulsly, HUL has been boosting the herbal content of its popular personal care brands such as Fair & Lovely, introducing an Ayurvedic version of the fairness cream.

Patanjali sells a whole range of personal care products varying from face pack, face wash and winter creams to shaving gel, body lotion and lip balm, but the supply, according to Ramdev, is insufficient to meet market demand.

Patanjali Ayurved is coming up with new manufacturing facilities across the country to ramp up capacity to meet growing demand.

HUL is not alone in its fight against Patanjali, Garnier, Colgate-Palmolive and Loreal are all upping the ante with a host of new herbal and organic products.

Earlier this year, Colgate said it would launch a herbal toothpaste, Vedshakti, to counter Patanjali's Dant Kanti. And in June, French beauty company Loreal brought back its Ultra Doux range of shampoos, which is being promoted as an organic brand.

Patanjali's annual average growth rate is pegged at 82.27 per cent during the same time, although the growth of the Indian economy has been lower at less than 7.6 per cent compared to the time period between 2004 and 2010 when it grew by eight to 9.6 per cent annually.

Data from market research firms such as IMRB International and Nielsen show that growth in the consumer goods, especially FMCG market remained subdued at about three to 10 per cent.