BHP Billiton, the world's largest mining company says it will cut 6,000 jobs from its global workforce and close the Ravensthorpe Nickel mine due to the weakening demand for its products brought on by the global economic slowdown. 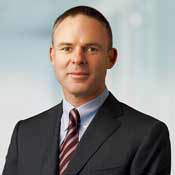 Out of a global workforce strength of 101,000, the 6,000 job cuts constitute nearly 6 per cent with about 3,000 Australians losing their jobs mainly in the coal and nickel production units, 2,000 Chileans from its base metal plant and 550 Americans from Pinto Valley copper mine and seventy per cent of the job losses will come from the company's contractors.

The job cuts will result in a one-off total cost of approximately $500 million for the miner.

"This is very serious types of decisions and we don't take them lightly, but at the end they are necessary and they are the correct decisions,'' BHP Billiton chief financial officer Alex Vanselow said in a statement today.

BHP said there would be no job losses at Olympic Dam but it would reduce the staff by 200, mainly those who are involved in the expansion project. The Olympic Dam holds the world biggest known deposit of uranium and the fourth biggest copper reserves.

Production adjustments which was announced by BHP Billiton late last year, was limited to Samarco (Brazil) and the Samancor manganese operations while in the Western Australia, iron ore and metallurgical coal operations, the company had received requests for deferrals from some long term contract customers.