Prime Minister Narendra Modi on Tuesday scrapped the much-criticised move by the information and broadcasting ministry to suspend the accreditation of journalists found to have created or propagated ‘fake news.’ 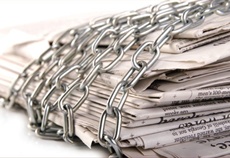 The I&B ministry on Monday had amended the guidelines, stating that the accreditation of journalists creating or propagating fake news would be suspended or permanently cancelled, a move criticised by journalist bodies as backdoor press censorship.
The two regulatory bodies for print and electronic media, the Press Council of India (PCI) and the News Broadcasters Association, were to decide whether a news item was fake or not.
“Determination is expected to be completed within 15 days by these regulating agencies,” said the government release. “Once the complaint is registered for determination of fake news, the correspondent or journalist whoever created or propagated the fake news will, if accredited, have the accreditation suspended till such time the determination regarding the fake news is made by the regulating agencies mentioned above.”
The move was widely criticised by political parties and the media, resulting in Modi getting it withdrawn. He said issues relating to fake news should be addressed only by the PCI
Congress leader Ahmed Patel said the new rules were open for misuse and there was guarantee that the rules would not be used to harass honest reporters. And who was to decide what constituted fake news, he asked.
“Is it not possible that motivated complaints will be filed to suspend accreditation until an enquiry is on?,” tweeted Patel. “What is the guarantee that these guidelines will check fake news, or is it an attempt to prevent genuine reporters from reporting news uncomfortable to establishment?”
CPM leader Sitaram Yechury had also criticised the move, which he described as ‘duplicitous.’ “We fought for press freedom during the Emergency, then against the Defamation Bill,” tweeted yechury. “We condemn this duplicitous move of the Modi government where in the garb of fake news, it will attack all the news it finds uncomfortable. We stand for, and are committed to a free and independent Press.”
MORE REPORTS