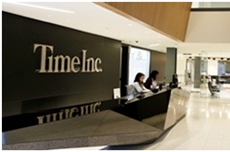 The move came two weeks after Time rejected a $18 and $20 a share, or $2 billion takeover bid from consortium led by billionaire investor Edgar Bronfman Jr.

The company has also been saddled with $1.5 billion in debt after it spun off from Time Warner in June 2014.