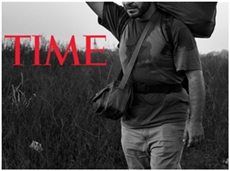 Bronfman, who has teamed up with Russian-born billionaire Len Blavatnik's Access Industries, recently submitted an $18 a share takeover bid, the report said.

The offer price is a 30-per cent premium over Time Inc's Friday closing price of $13.

The company has also been saddled with $1.5 billion in debt after it spun off from Time Warner in June 2014,