The Supreme Court on Friday slammed the union government for not taking action against the uploading of two gory gang-rape videos on social networking sites and MMS services by unknown persons. The apex court has also ordered the Central Bureau of Investigation (CBI) to immediately take action against the person who first uploaded them. 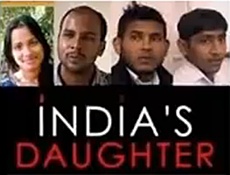 The special social justice bench of the court, headed by Justice M B Lokur, was angry as the probe had not moved ''an inch'' despite a firm direction issued 20 days ago.

"Why did you (ministry of home affairs) not act? You sat over it for over 20 days. You please tell us what MHA has been doing," the bench told the centre's lawyer.

The inaction appears the stranger considering the prompt if ham-handed banning of a BBC documentary on the infamous Delhi gang-rape case.

The court had handed over two pen drives containing the gang-rape videos to the ministry on 20 February.

Justice Lokur had then told the CBI: "You must come hard and pounce upon the person who first uploaded the videos for the pleasure of somebody. If you do not catch him, then such incidents will keep happening."

The CBI informed the court that it had lodged eight FIRs and one preliminary inquiry into the incident.

The court was issuing the direction after taking suo motu cognizance of a letter written to Chief Justice H L Dattu by Sunitha Krishnan, a gang-rape survivor who runs the anti-trafficking NGO Prajwala.

In videos that were being circulated on messaging services like WhatsApp and social media platforms like Twitter and Facebook until recently, two women were seen being gang-raped by men who even smiled for the camera.

Krishnan had uploaded an edited version on YouTube in the first week of February, asking viewers to help identify the rapists in what she called the #ShameTheRapistCampaign.

However, the videos, which are believed to have been uploaded six months ago, were removed by YouTube, which said "it violates terms of service".

Though the men in the videos are clearly visible, no arrests have been made so far.

Krishnan was gang-raped by eight men when she was 15 years old. She said an acquaintance alerted her about one of the videos after receiving them on WhatsApp.

Krishnan's car was attacked in Hyderabad a day after she appeared on a television programme to announce a campaign to arrest the culprits in the two gang-rapes.

The NGO, which provided the videos in a pen drive along with the letter to the CJI, said that "one video, which is 4.5 minutes long, shows a man raping a girl while another man is filming the heinous act. The other video, spanning 8.5 minutes, relates to the gangrape of a girl by five culprits who have been shown smiling, cracking jokes, making a video and taking photos while they went about sexually assaulting the victim."

The bench, in its order, has asked the director general of police (DGPs) of Uttar Pradesh, Odisha and West Bengal and the Delhi police commissioner to cooperate with the CBI in catching the culprits in the case.

The bench did so after noting that the persons in the video were speaking Hindi with a Bengali-Oriya accent.

The bench also imposed a fine on Telangana for not providing details of progress made by the state police into a case relating to the attack on Krishnan's car.