The Assam government will soon set up a three-tier cancer care grid in the state along with a cancer research centre for the South Asian region with the support of Tata Trusts, state health minister Himanta Biswa Sarma said on Thursday. 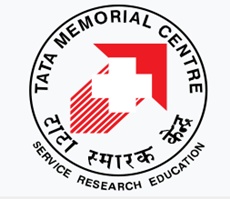 The unique, first-of-its-kind cancer care grid would entail an investment of Rs1,400 crore.

Sarma, who met Tata Trusts chairman Ratan Naval Tata and other members of the trusts in Mumbai on Wednesday, said the investment is proposed to be shared between the state government and Tata Trusts.

''Extremely delighted to meet legendary RN Tata and members of the Tata Trusts for what may become a rare philanthropy-government collaboration on cancer care and management,'' Sarma Tweeted on Thursday.

He said once in place, L1 or a state-level cancer care institute in Guwahati would have advanced tertiary care facilities, L2 or medical colleges in the state would have facilities for chemotherapy, radiation and surgical oncology, and L3 or district hospitals would have day-care, chemotherapy and radiation facilities.

Sarma said a positive announcement is expected from Tata Trusts shortly on this collaboration. "Wait for a few more days as things are moving positively," Sarma said.

Nearly 30,000 cancer cases are added every year in Assam. A nationwide cancer-tracking programme, conducted by the Indian Council of Medical Research last year, found that Assam's Kamrup (Metro) district has recorded the fourth highest incidence of cancer in the country in men and the third highest in women.