Stent prices slashed, but angioplasty costs yet to come down

The crackdown on overpricing of stents by the Narendra Modi government may have been well-intentioned, but in the absence of follow-up action, the actual cost of surgery requiring these devices has hardly come down, according to an Indian Express report. 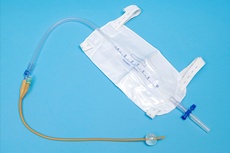 Seven months after the government capped the price of coronary stents, leading to a cut in their price by about Rs1 lakh, the hospitals are yet to reduce the package cost of an angioplasty - a procedure in which a stent is used to open a narrowed or blocked artery to improve blood flow.

Top officials with three major general insurance companies told The Indian Express that the expenditure claimed for the procedure hasn't seen a corresponding decrease, and negotiations with hospitals are still going on.

While officials with two major private hospitals in the Delhi National Capital Region (NCR) said the overall cost of an angioplasty had been cut by Rs30,000-40,000, a scrutiny of bills showed the cutback in stent costs had been offset by an increase in the cost of other components needed for the procedure, including balloons and catheters.

''Hospitals are yet to bring down the price of the procedure (angioplasty) in a meaningful manner. The renegotiation is on with the hospitals and we expect that the prices will come down over the next six months. While the price of stents has come down, hospitals maintain that their other overheads have gone up. So the (price) decrease in the package may not be in the same proportion as the decrease in the price of the stent,'' the chief executive officer of a major private general insurance company told IE on condition of anonymity.

''There has not been any significant change in the package offered by hospitals for angioplasty. The rates don't change frequently as they are pre-decided for a period of time. We will start renegotiation on the price of the package for the procedure,'' said the CEO of a public sector insurance company.

''Every year, the cost of an angioplasty procedure goes up by 10-15 per cent. While the stent cost has come down, other processes do see a price increase. However, I don't think that for the next two years there will be an increase in the price of the overall package of the procedure,'' said the CEO of yet another private insurance company.

''I, however, feel that there should be transparency in the pricing of the procedure. Hospitals need to be more transparent. Hospitals should make a profit, but it should be a [reasonable] margin above their cost price. While the insurance companies pay on behalf of a customer who has taken insurance, it must be understood that the cost is finally born by the customer. If the claim expenditure is high, the premium goes up. However, if it comes down, then the premium cost will remain lower. Fair pricing and transparency are the need of the hour,'' he added.

While emails sent to Max Healthcare and Apollo Hospitals seeking details of any revision in prices did not elicit any response, a senior official with a leading private sector hospital in New Delhi told IE they had reduced the overall package cost of an angioplasty by close to 15 per cent - down from about Rs2.5 lakh to Rs2.1-2.2 lakh.

Responding to specific queries of The Indian Express, the spokesperson of Fortis Healthcare Limited said, ''As a responsible healthcare provider, we remain committed to being fully compliant to our legal and regulatory obligations. We continue to provide quality healthcare to our communities in a transparent and ethical manner.''

Ordering a cap on the price of coronary stents, the National Pharmaceutical Pricing Authority (NPPA) had on 13 February directed hospitals to issue separate bills specifying their cost. However, the NPPA has received many complaints from patients, who have claimed that hospitals have increased the prices of non-stent components to neutralise the effect of the price cap on stents.

NPPA chairman Bhupendra Singh has brought this to the notice of the health ministry. ''It has been found that after the price control of cardiac stents, several hospitals have increased the various (other) procedure charges in order to compensate for their losses,'' he said in a letter to the ministry in March. He added that in some cases, the price of ''balloons and catheters'' - which are used during angioplasty - were ''charged at a much higher level than the cost of the stent itself''.

In February, the NPPA had capped the price of bare metal stents at Rs7,260 per piece, and of drug-eluting and biodegradable stents at Rs29,600 each. The price caps were increased to Rs7,400 and Rs30,180 respectively in March, as the NPPA took into account the latest wholesale price index (WPI).