A panel set up by the Indian Medical Association (IMA) to probe the death of over 60 children at Gorakhpur's RBD Medical College last week has squarely blamed the hospital's administration negligence for the deaths. 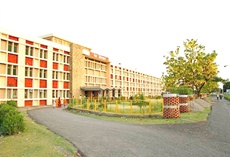 The hospital was understaffed, overwhelmed with critically ill children and had temporarily lost its oxygen supply on the intervening night of 9 and 10 August, causing the death of 30 children, the IMA panel said.

The panel said the oxygen supply had been "interrupted" on the night of 10 August and claimed the medical administration at Baba Raghav Das Medical College had not alerted doctors attending the patients about the impending oxygen shortage.

Seventeen children in the neonatal ward, five in the encephalitis ward and eight in the paediatrics ward died on 10 and 11 August, while the other children died in subsequent days.

The UP government suspended paediatrician Kafeel Khan and accepted the resignation of principal Rajiv Mishra while ordering a probe into the role of other doctors.

The IMA, however, failed to hear the views of former principal Mishra and sacked paediatrician Khan and three other doctors of the paediatrics department of the Baba Raghav Das Medical College as none of the five turned up. The panel then visited the hospital's paediatrics department but reported that "people there were hesitant to speak

The IMA panel comprising national vice-president Ashok Agrawal and president of the IMA branch in Gorakhpur, B B Gupta, then gathered information from the acting principal and head of paediatrics on the child deaths.

However, the panel submitted a report saying the "oxygen supply was interrupted for a short time on the night of August 9" and that the oxygen supplier had not been paid for the past five or six months.

"Our focus is on how to prevent such events," said IMA national president Krishan Kumar Aggarwal, who circulated the panel's findings to the media. "It looks like the hospital was not prepared to manage the large number of critically ill patients it had."

According to the panel, the hospital lacked paediatricians, nurses and paramedical staff and had to treat critically ill patients in numbers far more than it could handle. It also reported "unsatisfactory" levels of cleanliness, saying "presence of dogs and rats in hospitals is not acceptable".

Meanwhile, the Allahabad High Court and its Lucknow Bench on Friday directed the centre and state authorities to file their respective replies to a bunch of public interest litigations seeking judicial probe into the death of over 60 children in Gorakhpur's BRD Medical College between 9 and 12 August.

The Allahabad High Court bench of Chief Justice Dilip Babasaheb Bhosale and Justice Yashwant Varma set the date for hearing on the PILs on 29 August while its Lucknow Bench directed the authorities to file replies by 9 October 2017.

In the PILs filed in Allahabad, the petitioners have alleged that the children died at BRD Medical College due to sheer callousness of the doctors.

They also raised the issue of encephalitis being a menace which claimed scores of lives every year in eastern UP, but no concrete step had been taken by the respective government to curb it.