60 children die in UP hospital for want of oxygen supplies

A shortfall in oxygen supplies is reported to have caused the death of at least 60 children, including 34 babies in neo-natal care, in a hospital and medical college in Uttar Pradesh this week. 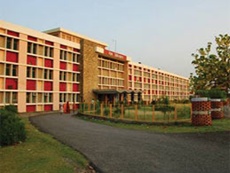 The government today admitted that oxygen supply was briefly disrupted on Thursday night, even as it maintained that none of the deaths reported at Gorakhpur's BRD Medical College in past five days was caused due to shortage of liquid oxygen.

''We have learnt that supply of oxygen was inadequate between 11:30 PM in the night (on Thursday) till 1:30 AM in the wee hours of Friday. The ongoing probe would reveal why the supply was disrupted,'' Singh said, while addressing reporters.

''The government is treating the matter seriously. We have decided to sack BRD Medical College principal for the negligence,'' announced UP's Medical Education Minister Ashok Tandon.

Despite calling the disruption of oxygen as a major lapse, the UP government maintained that none of the deaths were caused due to shortage of oxygen. ''There was inadequate oxygen supply for those 2 hours, but the administration had ensured that there is no shortage of cylinders at the hospital,'' the health minister added.

The BRD Medical College in Gorakhpur did not specify the cause of death, but said 34 of babies who died were at the neo-natal intensive care unit, while 12 died because of encephalitis. It did not detail reasons for the death of the remaining 24.

Reports say the deaths were caused due to an oxygen shortage after a private supplier withdrew its equipment over unpaid hospital dues.

Chief Medical Superintendent of the hospital Dr RS Shukla refuted reports that the deaths had been caused by lack of oxygen supplies.

However, a statement issued by the hospital said there had been a "drop in pressure in the supply of liquid oxygen" on Thursday, adding that cylinders were procured from various other suppliers.

It is certain from the figures provided by the hospital that a majority of the deaths occurred on Thursday when oxygen supplies were disrupted. Thursday accounted for 23 fatalities, including death of 14 babies in neo-natal care.

Both the Uttar Pradesh government and the centre said officials are investigating the matter even as political opposition has sought to blame the Bhartiya Janata Party for the sorry affairs of the hospital.

Gorakhpur district, where the hospital is situated, is represented by Uttar Pradesh chief minister Yogi Adityanath, who was appointed to head the state this year.

"The current government is responsible for the deaths of children in Gorakhpur due to the lack of oxygen. Strict action should be taken," tweeted former Uttar Pradesh chief minister Akhilesh Yadav.