Antibiotic resistance could cause one death every three seconds all around the world by the year 2050, if suitable preventive measures are not taken immediately, says a new report

Failing antibiotics could cause one death every three seconds all around the world by the year 2050, if suitable preventive measures are not taken immediately, says a new report. 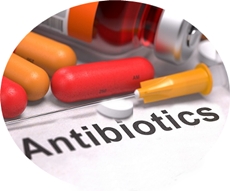 At a meeting at the Royal Society with the HRH Prince of Wales, representatives from over 20 countries have called for immediate actions that nations can take to address the urgent, cross-border problem of antibiotic resistance.

Director of the Wellcome Trust, Dr Jeremy Farrar, proposed a new action plan to reduce the overuse and misuse of antibiotics, which has led to bugs developing resistance to the drugs which are meant to destroy them.

It was noted that the problem of drug resistance mainly arises from an overuse of it rather than its use to fight diseases.

If the current situation is left to continue, it is estimated that by 2050 the world will face an additional 10 million deaths due to drug resistant infections.

The action plan Dr Farrar plans to set out was agreed at a summit of world-leading scientists and policy makers from over 30 countries, held at the Wellcome Trust in April.

The action plan concludes that the problem of resistance is caused not just by misuse of antibiotics in human healthcare, but also by food producers.

Dr Farrar will recommend that the action plan should be taken into consideration at the UN General Assembly meeting on drug resistant infections in September.

The three areas for immediate action are:

''Drug resistant infections do not recognise boundaries, either between people and animals or between countries, and so our response must also transcend the usual divisions that separate healthcare and farming, and national governments,'' Dr Jeremy Farrar, director of the Wellcome Trust, said.

''We know that people are dying today all over the world because infections we were once able to treat are now beating the best antibiotics we have available. The problem is not something we can put off any longer, countries must act now to safeguard both the lives of their citizens and the livestock people rely on for food and income,'' he added.

''Simple measures can have a big impact. For example, reducing the massive overuse of antibiotics can be tackled by phasing out the use of antibiotics for growth promotion in agriculture and minimising over-the-counter access to antibiotics

A report issued last week in `Germination', a blog by Maryn McKenna also makes a slew of specific (and possibly controversial) prescriptions.

Those include requiring doctors to check patients with a rapid diagnostic device before writing prescriptions; compelling drug companies to underwrite the development of new antibiotics, even if they don't themselves make them; asking governments to set explicit 10-year targets for reducing antibiotic use in agriculture; and creating a global watchdog body-potentially separate from existing ones such as the World Health Organization - to ensure progress is made.

The report is the final document issued by the Review on Antimicrobial Resistance, a project chartered in 2014 by UK Prime Minister David Cameron, backed by the powerful charity the Wellcome Trust, and headed by Lord Jim O'Neill, the former chief economist of Goldman Sachs, who is now a minister in Cameron's government.

Since December 2014, the small group has issued eight reports examining what contributes to the rise of resistance, which has undermined the action of almost all the antibiotics used in the world, and exploring what could be done to stop it.

The final report sums up the work and explains how different sectors of global society - not just medicine, but business, finance, politics and agriculture - will have to collaborate to avert a dire future.