Too much TV leads to 8 different kinds of death 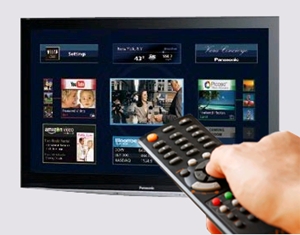 The research, published in the December issue of the American Journal of Preventive Medicine, confirmed that more hours spent watching TV increases the risk of death from major causes such as cancer and heart disease.

According to the study, those who watch three to four hours of TV per day were 15 per cent more likely to die from any cause compared to those who spent less than an hour watching TV.

The risk for those who watch seven or more hours per day increased to 47 per cent over the study period, with overall risk increasing from the three- to four-hour-a-day mark.

On average, 80 per cent of American adults watch at least 3.5 hours of TV per day, with multiple observational studies demonstrating that TV viewing leads to poorer health.

Ninety-two per cent of Americans own a TV at home, with TV viewing consuming more than half their available leisure time.

In the study, researchers from the National Cancer Institute (NCI) looked at more than 221,000 people aged between 50 and 71, who were free of chronic disease at study entry.

Dr Sarah Keadle, the lead investigator of the study, said results "fit within a growing body of research indicating that too much sitting can have many different adverse health effects".

"We know that TV viewing is the most prevalent leisure-time sedentary behaviour and our working hypothesis is that it is an indicator of overall physical inactivity," added Dr Keadle, a cancer prevention fellow at NCI.

But she did caution that while each of the associations observed have plausible biological mechanisms, several were being reported for the first time and additional research would be needed to replicate the findings.

One important finding was that the detrimental effects of TV viewing impacts both active and inactive individuals - the study found that exercise did not totally eliminate risks associated with prolonged TV viewing.