Rampant mis-prescription of antibiotics in UK despite known hazards

Underlining the growing misuse of antibiotics, a study in the UK published on Tuesday found that the number of patients given such drugs for minor ailments has soared in recent years. 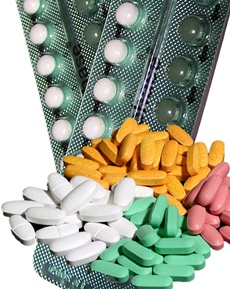 Researchers found that in 2011, 51 per cent of patients were given antibiotics for coughs and colds, up from 36 per cent in 1999.

This is despite a government guidance issued in 1998 warning GPs not to prescribe antibiotics for "simple" coughs and colds.

Health experts from around the world have warned of the ever-growing threat of antibiotic resistance – which has been fuelled by unnecessary prescribing (See: Experts call for global response against antibiotics crisis).

The new research, from Public Health England (PHE) and University College London, also found there was "substantial variation" in prescribing among GP surgeries.

After examining data concerning patients registered with 537 GP (general practitioner) clinics in the UK, the researchers found that some GPs were twice as likely to give a prescription for coughs and colds as those who dished out the fewest. In 2011, the best-performing practices gave about 32 per cent of patients antibiotics for coughs and colds compared with 65 per cent in the worst-performing GP surgeries.

The study, published in the Journal of Antimicrobial Chemotherapy, also found significant variation in the proportion of female patients given a type of antibiotic for urinary tract infections (UTIs).

During 2011, 16 per cent of these patients in some practices were prescribed a short course of trimethoprim while 70 per cent were given the drug in other parts of the country.

Lead author Professor Jeremy Hawker, a consultant epidemiologist at PHE, said, "Although it would be inappropriate to say that all cases of coughs and colds or sore throats did not need antibiotics, our study strongly suggests that there is a need to make improvements in antibiotic prescribing.

"Previous research has shown that only 10 per cent of sore throats and 20 per cent of acute sinusitis benefit from antibiotic treatment, but the prescription rates we found were much higher than this. The worry is that patients who receive antibiotics when they are not needed run the risk of carrying antibiotic-resistant bacteria in their gut. If these bacteria go on to cause an infection, antibiotics will then not work when the patient really does need them."

Commenting on the study, Dr Maureen Baker, chair of the Royal College of GPs, said, "Antibiotics are very effective drugs if they are used appropriately. But we have developed a worrying reliance on them and GPs face enormous pressure to prescribe them, even for minor symptoms which will get better on their own or can be treated effectively with other forms of medication.''

Prime Minister David Cameron said in July that resistance to antibiotics was a "real and worrying threat" as he pledged to put Britain at the forefront of the fight against drug-immune bacteria which he said threatened to send medicine "back to the dark ages" (Cameron calls for global action to tackle growing threat of antibiotics resistance).

Last year, England's chief medical officer Professor Dame Sally Davies said resistance to antibiotics was one of the greatest threats to modern health. She stressed that many of the drugs were being used unnecessarily for mild infections which should not be treated with antibiotics, helping to fuel resistance to them.