Australia's Ramsay Health Care and Credit Agricole Assurances have tabled a joint bid for a majority 83.43-per cent stake in Generale de Sante in a deal that values the French private healthcare group at around €910 million ($1.25 billion). 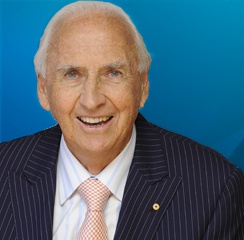 Ramsay and Credit Agricole have offered to pay €16.75 a share, an 8-per cent premium to Generale de Sante's Friday closing price of €15.5.

Italy's DeA Capital, which holds 83.43-per cent stake in Generale de Sante through its Sante and Sante Development Europe units, has granted an exclusivity period to Ramsay and Credit Agricole until 6 June 2014 to conduct due diligence and submit a legally binding offer.

If a deal proceeds, Ramsay would take a 57-per cent stake in Générale de Santé for €539 million, the same percentage of stake it holds in its Ramsay Sante joint venture, a France-based private hospital operator, where Crédit Agricole is its partner.

Listed on the Euronext Paris Eurolist, Générale de Santé is a leading private healthcare services group in France with annual revenue of around €1.7 billion and has 19,000 employees, including 7,000 nurses and 4,000 care staff in 75 facilities and centres.

Founded in 1964 by Paul Ramsay, who died just a few days ago, Sydney-based Ramsay Health Care operates 151 hospitals and day surgery facilities across Australia, the UK, France and Asia.

With 14,600 beds, the company employs over 30,000 people across five countries and treats over 1.3 million patients annually.