Private equity firms Bain Capital and Thomas Lee Partners are the only two suitors left in the race for medical imaging company Carestream Health Inc, which rival PE firm Onex Corp hopes to get as much as $3.5 billion, Reuters yesterday reported, citing several people familiar with the matter. 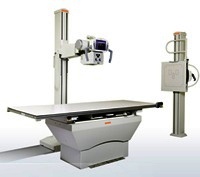 Other PE firms that were in talks with Onex, including Carlyle Group and KKR & Co withdrew from the sale process citing Carestream's uncertain outlook, the report said, and added that Onex was hoping to receive seven to eight times Carestream's earnings before interest, taxes, depreciation and amortization but may now receive up to six times, or around $2.5 billion.

It is not clear whether Onex would sell Carestream for less that what it expects, the people told the news agency.

Carestream was formed in 2007 when Toronto-based Onex acquired Eastman Kodak Co's Health Group for a reported $2.35 billion and renamed the business as Carestream Health.

Rochester, New York-based Carestream is a provider of dental and medical imaging systems and cloud-based healthcare IT solutions, x-ray film and digital x-ray systems for non-destructive testing, and advanced materials for the precision films and electronics markets.

With more than 800 patents for medical and dental imaging and information technology, the company has tens of thousands of customers worldwide and operations in 170 countries.

Carestream owns more than 1,000 patents for medical and dental imaging and information technology.