US slams India for allowing generic version of cancer drug

India has been accused by the US of violating WTO norms by allowing a domestic firm to make the generic version of cancer drug Nexavar and to sell it at a price 30 times cheaper than the original made by patent-holder Bayer Corporation. 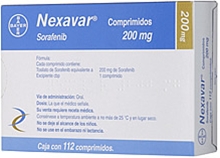 According to American media reports, Teresa Stanek Rea, the deputy director in the US Patent and Trademark Office, described the Indian move as ''an egregious violation of WTO treaties.'' In an over hour-long testimony before the Congress, Rea said the US government was ''dismayed and surprised'' by the Indian decision.

In March, the Indian government invoked the compulsory licence (CL) law for the first time, allowing Hyderabad-based Natco Phama to manufacture and sell Nexavar. It was allowed to sell the drug at a maximum price of Rs8,880 for a pack of 120 tablets needed for a month's treatment.

Bayer, which has the patent for Nexavar, has been selling it at a whopping Rs280,000 for a month's treatment. The company has filed an appeal against the Indian Patents Office's order with the Intellectual Property Appellate Board.

India has stoutly defended the move of invoking CL in regard to the anti-cancer drug. ''We have not violated of any WTO agreement,'' commerce and industry minister Anand Sharma, had declared. ''Invoking the CL is very much in conformity with the international agreement under the WTO.''