With global beverage makers Coca-Cola and Pepsico suspending operations in Russia in protest against that country’s invasion of neighbouring Ukraine, Russian beverages maker Chernogolovka hopes to fill the void. 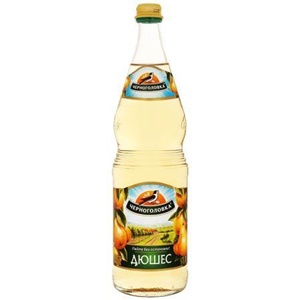 Chernogolovka, an aerated drinks company named after a town outside Moscow where it was founded in 1998, is reported to have more than doubled its presence in hotels, restaurants and cafes so far this year, and is now supplying Russian outlets of Burger King and KFC.
In addition to Chernogolovka, its brands include Baikal, an energy drink named after a Siberian lake, and Duchess, a lemonade, both of which it sells at Burger King and KFC.
Coca-Cola Co and PepsiCo Inc suspended soda sales in Russia early March, joining the many Western consumer brands to curtail operations there in opposition to Moscow's actions in Ukraine.
Pepsi had its presence in Russia from the Cold War days after the then-US vice president Richard Nixon introduced it to Soviet leader Nikita Khrushchev at an exhibition in Moscow. Pepsi in turn sent cola to the Soviets in return for rights to sell Stolichnaya vodka in America.
Burger King, run by parent company Restaurant Brands International Inc (RBI), halted corporate support for its Russia locations in March, but, hasn't been able to exit its partnership or close its roughly 800 franchised locations due to a complex legal wrap.
KFC, owned by Yum Brands Inc, has suspended operations of its 70 KFC company-owned restaurants in Russia, but Yum has limited control over the independent franchisees that run most of the 1,000 locations, which have remained open.
Russian consumers prefer healthier food and beverage products - in particular, freshness/natural/traditional ingredients - but they're also concerned about inflation, according to market research repots.
The Russian carbonated water market is said to be approximately the same as the bottled water market in terms of volume. It's bigger though in terms of revenue as the product is more expensive due to the perceived value-addition and branding. Many "children's water" brands appear to be profiting from parents' concerns around quality and safety.
The Russian market is potentially lucrative but it carries a high degree of risks and requires a high degree of patience. Processes might be more protracted and less defined or transparent.
MORE REPORTS