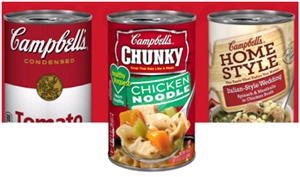 Campbell Soup plans to fund the deal through debt.

This is Campbell's fifth acquisition in five years as the company strives to reshape and diversify its portfolio. It acquired Bolthouse Farms in 2012, organic baby-food company Plum and biscuit company Kelsen in 2013, and fresh salsa and hummus maker Garden Fresh Gourmet in 2015.

Post closing, Campbell Soup said that Pacific Foods will become part of its Americas Simple Meals and Beverages division, which includes Campbell's soup, simple meals and shelf-stable beverage units in the US, Canada and Latin America.

Founded in 1987 in Oregon, privately-owned Pacific Foods has around 540 employees and operates a certified organic plant where it produces its namesake products.

It offers a wide variety of organic products, including flavorful soups, sauces, broths and stocks, as well as the broadest range of non-dairy beverages and a growing collection of dips, meals and sides.

The company's products are sold throughout the US and Canada in mainstream grocery and natural food stores.

Pacific Foods generated approximately $218 million in twelve month net sales as of 31 May 2017.

Campbell Soup said that organic food is a more than $11-billion category in the US, which grew at a compound annual growth rate of 15.3 per cent over the past four years and the acquisition will help accelerate its efforts to deliver real food and beverages to meet consumers' changing tastes and preferences.

The acquisition will also further Campbell's efforts to drive innovation in health and well-being to reinvent the centre store, while giving the company more access to natural and organic customers and channels.

Campbell's president and CEO, Denise Morrison, said, "The acquisition allows us to expand into faster-growing spaces such as organic and functional food. Moreover, Pacific Foods is an excellent fit with Campbell -- strategically, culturally and philosophically. It advances our strategic imperatives around real food, transparency, sustainability and health and well-being."